After the frustrations of the first night of the DSSG I was ready for a good night on Wednesday, Oct. 23, 2019.   I had figured out the causes of my issues, they were mostly of my own making, and was ready to go as the sun set.   After aligning the Rigel finder scope with an eyepiece,  I installed the camera.  For some unknown reason on Tuesday night the camera focus was at 12 mm versus the typical 17 mm.  On this night the focus point was back near 17 mm.  Perhaps last night I didn't have the camera fully seated into the focuser.  I spent some time tweaking the focus as it looked a bit soft,  but finally I stopped on the best I could achieve.

After aligning the mount with the polar scope, I fired up SharpCap and started capturing images to refine the polar alignment of the mount.   For some reason SharpCap couldn't solve the images.  I haven't had this happen previously.  After several tries, I gave up and just relied on the polar scope alignment.  Building the pointing model went smoothly as all the gotos were very close.

I started off the evening with an old friend, The Owl Cluster, also known as the E.T. cluster in Cassiopeia. 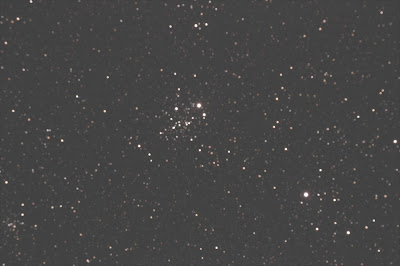 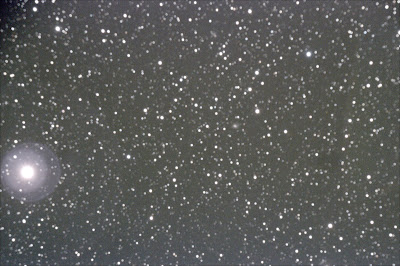 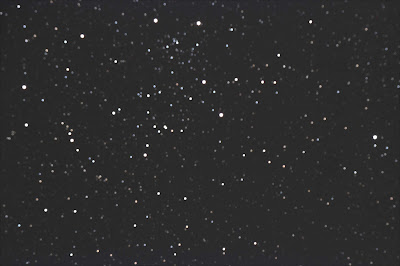 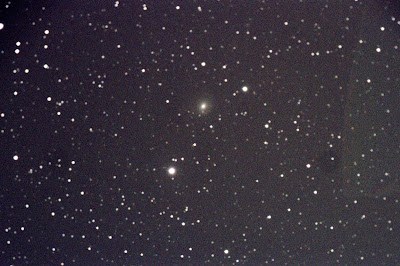 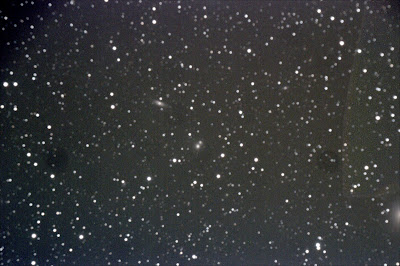 
With Orion rising in the east, I decided to try and capture the Flame and Horsehead Nebulas.  The focus is a little off and the guiding wasn't great, but a nice image of a beautiful portion of the night sky. 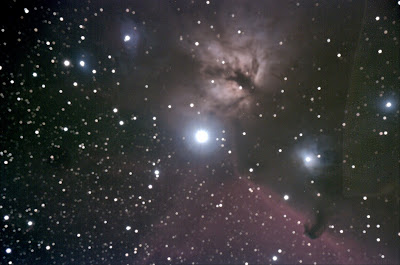 
With the forecast for rain late Thursday through Saturday, I got up Thursday morning, packed up my gear and headed home.   As always, I had a great time at this star gaze.