The weather thus far in January has been cold, cloudy, and damp, not good viewing weather. The cold fronts that have come down seem to stall instead of pushing through and clearing out the skies. I have however managed 3 decent nights of viewing on Jan 4, 17, & 18. The fourth was plagued with intermittent clouds but the 17 & 18 were nice clear nights, with the 17 being the best as the humidity was much lower.

I got may Mallincam X2 back from Rock and used it on the 17 & 18 and it performed flawlessly both nights. This camera has really improved my observing as I can see much fainter objects than I ever could visually in my modest 6" reflector. Not to mention with the camera I see objects in color, which really kicks up the WOW factor several notches. Here are some pictures I've captured over these 3 nights. All exposures are 90 seconds or less through a Lumicon Deep Sky filter + an IR block filter. I have a MFR6 + 5mm spacer that drops my scope's native F5 down to slightly under F4. 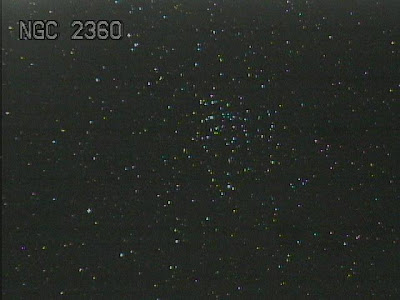 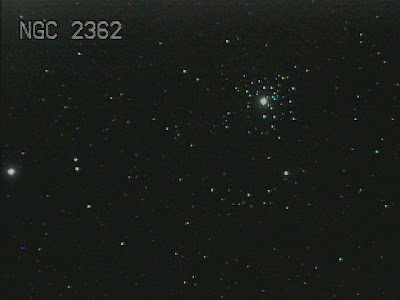 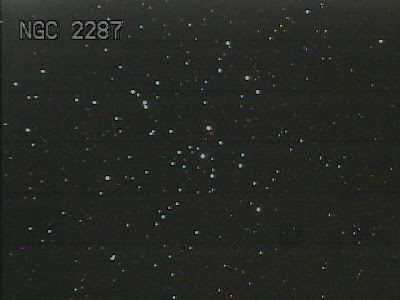 Messier 42, NGC 2287 Another open cluster in Canis Major. This cluster is hard to pick out as it is in a very rich star field. 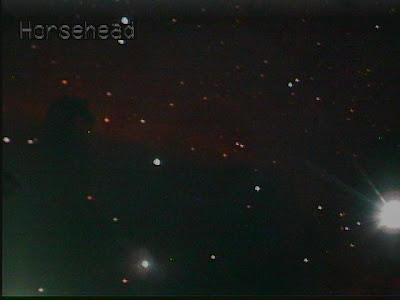 The infamous Horsehead nebula in Orion: IC 434. Not my best image of this difficult target but the best I could do on this evening. 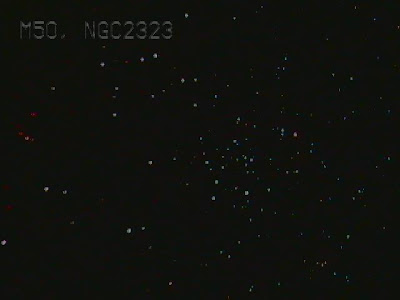 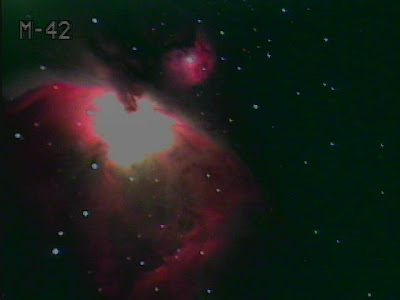 Messier 42, The Great Orion Nebula and its much smaller companion, M 43 One of the most beautiful objects in the night sky, shown here in a longer exposure to show more detail in the nebula, at the expense of blowing out the Trapezium region. 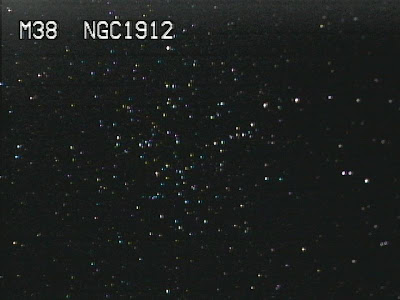 Messier 38, NGC 1912 An open cluster in Auriga with a easily noticeable line near the bottom of the cluster. 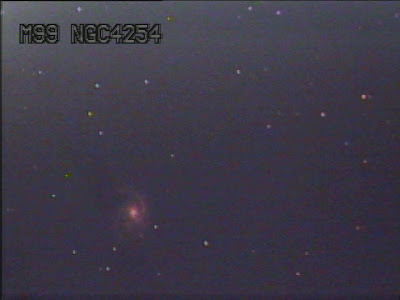 Messier 99, NGC 4254 A nice face on spiral galaxy with easily visible arms in this 75 second exposure, despite the false blue hue to the sky. 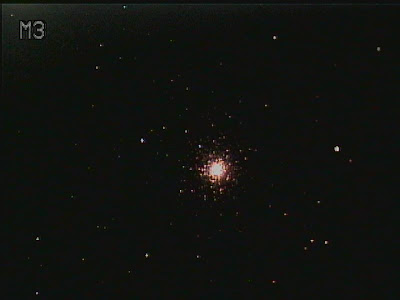 Messier 3, NGC 5272 A tight globular cluster in Canes Venatici with an intense core. 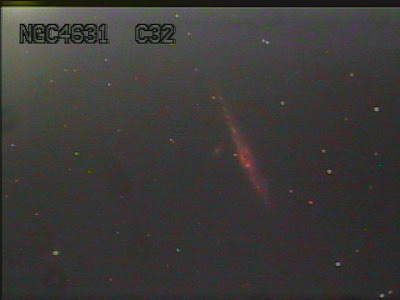 Caldwell 32, NGC 4631 A large eliptical galaxy with a much smaller companion in Canes Venatici. 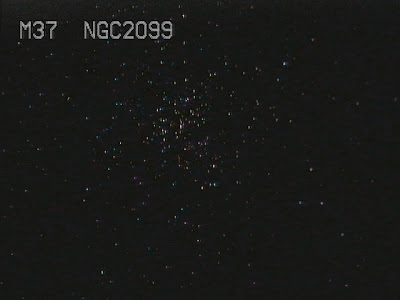 Messier 37, NGC 2099 A nice dense cluster of a few dozen stars in a rich star field in Auriga.


You may notice some ghostly rings on some of the pictures. I cleaned my scope's corrector lens but I discovered some spotting on my filters that caused these unsightly artifacts on my images. An optics cleaning session is obviously needed.

Last fall when I received my Mallincam X2 I set myself a goal of imaging all of the Messier and Caldwell objects that are visible from my latitude (about 205 objects) within 2 years (Nov 2014). I had already viewed many of these objects and even imaged some with my Meade DSI camera, but I wanted to capture them all with my Mallincam. To date I'm nearly 1/3 of the way there with over 60 objects imaged. Hopefully we will have several more cold, clear sky nights this winter, especially weekend nights.