June 16, 2017
The clearest night in weeks but still hazy and the mosquitoes are thick. At 2107 the temp is 82 F with 75% humidity with no breeze. Two changes since last session; a new HP Omen laptop and an auxiliary dew heater for the ASI071MC-COOL from ZWO.

In trials the new laptop collected > 70 frames without a drop so I'm hoping to avoid loosing frames as I have in past sessions. Also as the new laptop has HDMI output, I'm using a 4' VIZIO premium high speed HDMI cable to drive the HP w2338h monitor. I've ported most of my software over to the new laptop including, SharpCap, PhD2, AstroToaster, Deep Sky Planner, and Open Office with my observing diary. So off I go.

H 95-1 NGC 4214
The galaxy is elliptical with multiple bright regions or stars between it and earth. The galaxy is oriented NNW to SSE. In the NNW end there is a bright region (possibly 3 stars) that are to the W of the main galaxy axis. There are within the galaxy 4 bright regions along the axis. The galactic halo is roughly 6' x 4'. To the NNW about 9' and just to the W of the galactic axis lies a bright double star. To the SE there is a short line of 3 stars about 5' from the galaxy. The furthermost star in this line appears to be a double. 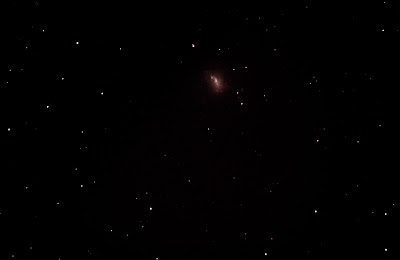 There was a dark triangular patch across the upper left of the image that faded with time. By image 6 it was greatly diminished and by frame 9 it was nearly gone. Not sure what this is as there were no clouds I could see. Unlike anything I've experienced before. That the object is in the west also hurts my contrast.

To compound the issues with this image, I neglected to engage the autoguider and that has lead to significant image shift in images 10 up. What frames I have will suffice for a good observation of the object but I won't win any photo contests with this one. On a positive note I had no dewing of the camera with the new auxiliary dew heater on.

June 23, 2017
My Gemini software & firmware haven't been updated since I bought the mount in 2014 and there have been several updates published. The first step was to establish connectivity between my laptop and the Gemini system.  I set up the HP Omen laptop to talk to the Gemini system via ethernet cable through a Pluggable USB 2.0 Ethernet Adapter. No cross-over adapter was used. I had to assign a static IP address to the Ethernet adapter using the excellent instuctions on Tom Hilton's webpage; http://gemini-2.com/crossovernetwork.php#Win7 . Following the instructions for the “direct method” I was able to log onto the Gemini web interface. The ethernet connection shows up in the Network Sharing Center as “Ethernet 3”. To access the web interface, I used Chrome and in the address bar entered the address http://192.168.0.111. The web interface operates the mount and accesses the functions in the hand controller. There is no indication given on the hand controller that a computer is accessing the Gemini system. 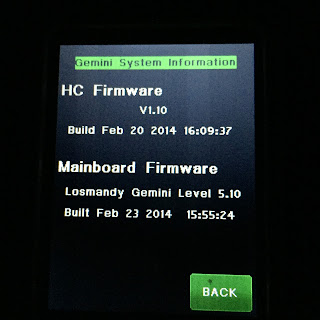 I ran the GFU per the instructions at http://www.gemini-2.com/gfu.php . The download failed at 20% and so I hit start again and the download seemingly froze at 71% for over 10 min. After some experimentation I determined that my internet speed was extremely slow. After relocating my WiFi bridge to get a stronger signal, I retried the GFU and it worked! As the instructions advised, the GFU did error out after the SRAM Reset. I cycled the power on the Gemini and it started flashing the hand controller. It worked !! Now my Gemini's firmware is updated - WooHoo !! 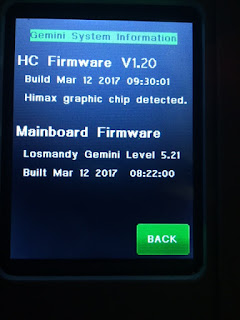 I closed and restarted the GFU to update the catalogs . The download does take a long time (> 15 min) for the Gemini to upload the catalogs to the hand controller. Now my catalogs are up to date also. It took a long time to resolve the internet connectivity issues, but I achieved the desired result. Now I just need a clear night so I can observe.

June 30, 2017
Came out a little after 9 pm on a warm, muggy night. The sky is reasonably clear for the first time in weeks. Will be my first time using the newly upgraded Gemini system. Installed the ASI071MC-COOL at prime focus with the Lumicon Deep Sky filter.

Slowly cooled down the camera to -10C but I got some distortions on the right side of the image and a small black crystalline shape near bottom center. There also appeared to be some darkening in the center of the FOV. I raised the temp to 10 C and it looks a bit better. The dewing/freezing issues with this camera are very frustrating.

H 584-2, NGC 6235
A smallish (~ 5 ') globular cluster (GC), roughly circular in shape, in a dense star field. The core is very compact with only a few discrete stars discernible. On the E side there is a long line of stars running from the SW to the NE. On the W side there is a semi-circle of 5 stars, one of which appears to be a double. 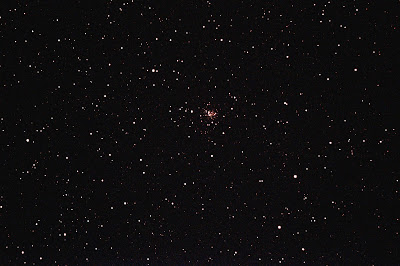 H 11-6, NGC 6284
A compact GC in a dense star field. The GC is roughly circular brighter stars in the S half. Stars in the center are not discrete but merged. Apparent size is ~ 4 '. 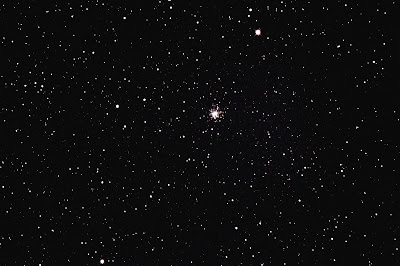 H 48-1, NGC 6356
A circular GC with a bright core that is unfortunately blown out in my 120 second images. The GC sits in a dense star field of fairly uniform distribution. There are 2 larger stars in the FOV to the ENE of the GC about 10 & 20 ' distant. 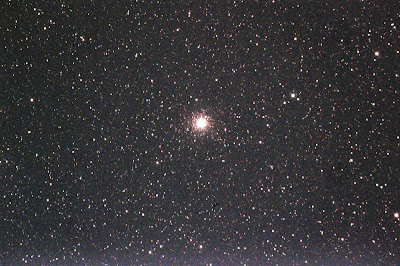