The 2016 Deep South Star Gaze, the 34th annual event, was memorable for the good attendance and weather. The days were warm with no rain and three of the five nights offered clear nights. This is always a nice, well run event  We had over 90 attendees and roughly 65 telescope setups.    The telescopes included small Dobsonians, a few large Dobs (including a 25"), several 8-12" Schmidt–Cassegrain and Ritchey–Chrétien, and quite a few refractors of various sizes.  Here are a few pictures from my walk around the field. 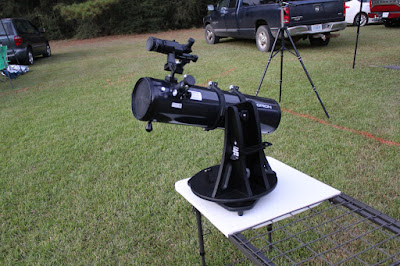 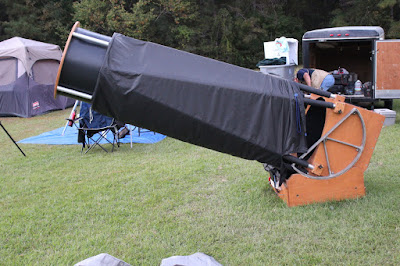 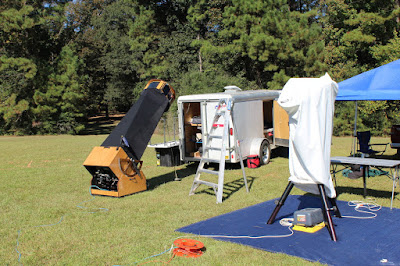 Some hardy folks camped out on the field and employed solar panels
to keep their batteries fully charged. 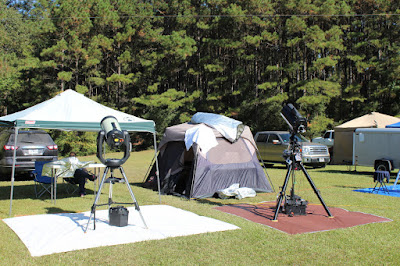 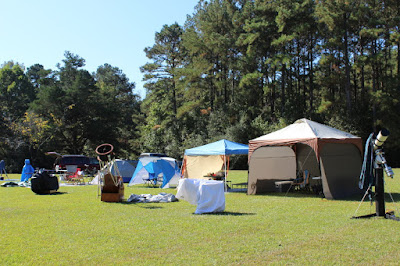 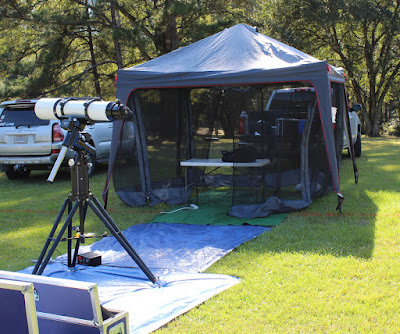 Here on the Eastern side of the field you can see several scopes and on the far left
of the image is 1 of the RVs.  The field has electrical hookups for upto 4 RVs, but
no water or sewer hookups. 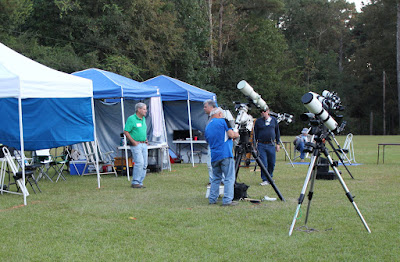 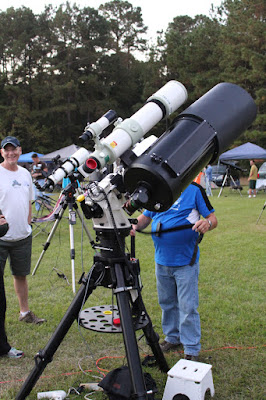 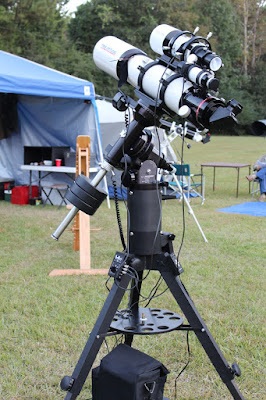 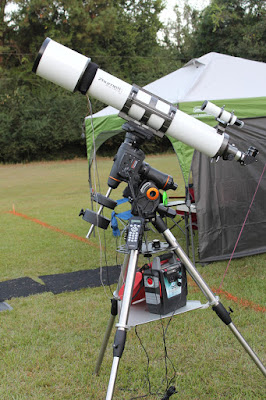 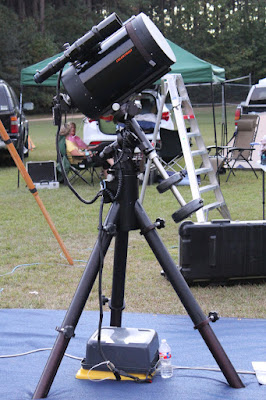 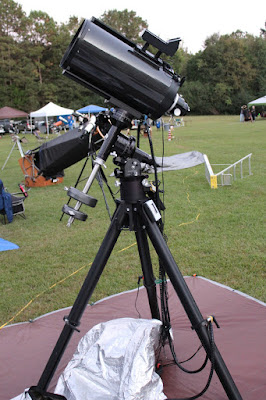 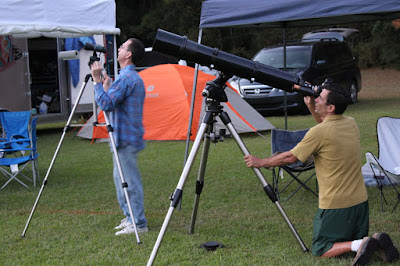 Oct 25 - First night of the DSSG
We arrived late in the afternoon.  The first order of business was to get the trailer setup and the air conditioner running as it was in the upper 80s.  Unlike previous years where I set up my scope on the Southeast side of the field, I picked a spot on the North side where the trees receded a way from the field.  Here I would have a view of Polaris to polar align the mount and better viewing to the South. By the time I had the tarp, tent, tripod, mount, and scope all setup, I was worn out. So I decided to just do some visual observing that night. I came out around 8 after eating a good supper.  Skies look reasonably clear but there are high thin clouds making the transparency poor. Humidity is not too bad, no star twinkle.

Polaris was surprisingly dim in the polar scope. After completing the setup of the scope I settled in to do some visual observing. Conditions were not conducive to seeing faint galaxies or nebula but star clusters were good. I was able to see the ring nebula although it was faint and the hole was not visible. NGC 457, the Double cluster, Andromeda Galaxy, were nice targets. I closed down for the night around midnight.

Oct 26 - Second night of the DSSG
The night started out with partially clear skies but the clouds soon filled the sky and the night was over by 9 pm.  I covered everything up and went back to the trailer and Cindy and I watched television.  Nice to have DirecTV in the trailer.   The weather forecast is for clearing skies for the next several nights.