July 16 was a hot, humid, but clear night.  Some clouds were present in the east but the sky was mostly clear with no star twinkle evident.  Sky meter reading at 11:30 pm was 18.24 mpsas or 4.17 nelm.   I spent some time trying to capture a decent image of Mars and Saturn but the planets were dancing such that a crisp focus was not possible.   This is the best I got with my VRC-10 operating at its native F8 and with a Televue 2" 2X Barlow lens bringing the optics to approximately F16. 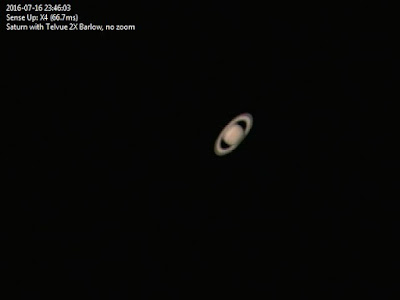 The seeing South Louisiana in the summer is not great.  So I will keep trying, hoping for a night with clear skies and stable atmospheric conditions before Mars & Saturn fade into the west until next year.

I did enjoy some lunar viewing.  At F16 the moon's violent history is nicely revealed.  Even some craters house craters.   I'm not a lunar maven so I'm not sure of the surface location of these images. 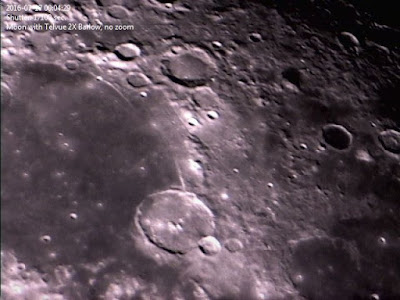 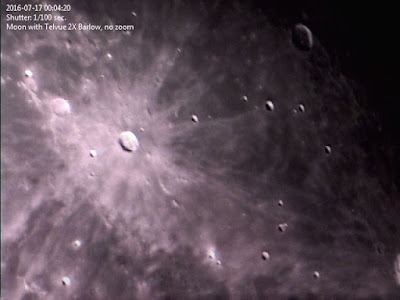 In more recent nights, the sky has been largely cloudy such that even the the full moon is partially or even fully obscured.  So for now my telescopes sleep, dreaming of clear skies. 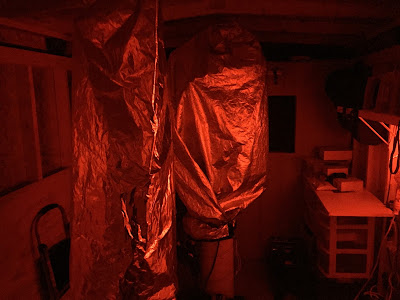